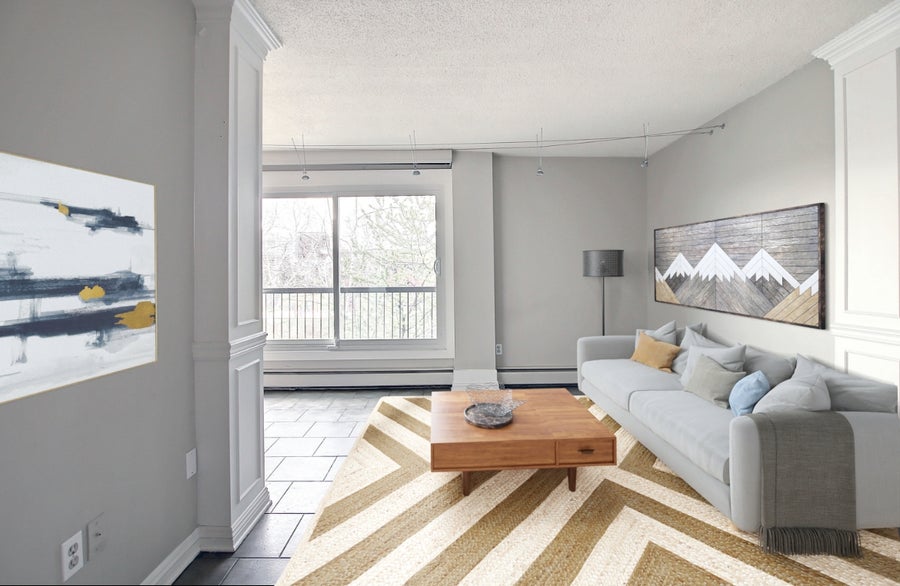 Learn what  this means for you and your Real Estate goals
The Spring market saw some high levels of activity, much more than we’d seen in previous years and while the Summer market has seen a slowdown, particularly in the detached and semi-detached sectors, total sales still remain quite strong and amongst the strongest recorded in our market. Rising lending rates had a significant impact on July sales as we’re seeing more people look in the lower price range for detached and semi-detached markets but there isn’t enough product to meet the demand, consequently, these buyers are shifting to the row house or apartment style homes boosting activity in Calgary's condo market.
Calgary’s detached market:
The detached market had fewer new listings in 2022 than it did in 2021 but it's important to note that there was a significant drop in listings below the 500K price point with 18% less than last year. On the flip side, we saw 20% more listings above 500K hit the market, meaning the lower-priced detached market is still quite tight in most areas across the city while the higher-priced range has become more balanced. Overall, the months of supply are trending up with just over 2 months of supply but keep in mind that these conditions are still considered tight relative to the recessionary period before the pandemic.

As expected, the benchmark price did come down compared to numbers we’d seen earlier in the year and rising lending rates helped cool much of the bidding war activity that was driving significant gains earlier in the year. Despite this change, prices currently remain over 12% higher than last year’s levels, still outpacing forecasted price growth for the year. Almost 80% of the inventory available is priced over $500,000 and new listings for homes priced under $500,000 are half of the levels seen last year making conditions much tighter for the under 500K detached market. With a benchmark price of $643,600 in July, levels are still nearly 15% higher than last year.

For the third month in a row, semi-detached sales saw fewer sales than levels reported a year ago but year-to-date sales are still over 10% higher than last year’s levels. This is a significant shift from the 40% growth recorded after the first quarter of the year. The lower number of sales was met with lower listings levels, but not enough to prevent some upward trend growth in inventory levels as it has pushed up to 2.5 months in July, the first time it has pushed above two months since October of last year. Conditions remain relatively tight in the lower-price ranges and the benchmark price did trend down relative to levels seen earlier in the year, however, like the detached market, prices remained significantly higher than levels reported last year.

The spring market saw this segment of the market soar and while summer stats aren’t as strong as a few months ago, row sales reached a new record high for July contributing to year-to-date sales growth of 54%. Most of these gains were driven by homes priced between $300K to $500K  which also saw the biggest boost in new listings so far this year. While both new listings and sales have trended down from levels seen earlier the year, the gap between sales and new listings narrowed over the past few months causing inventories to trend down compared to earlier in the year resulting in the months of supply remaining below the two months mark. The persistently tight conditions prevented any significant adjustment in monthly prices in July.

Like the row market properties, apartment condominium sales trended down from earlier in the year but maintained a record high level for July, contributing to a year-to-date gain of 66%. Rising lending rates made condos more appealing to your average buyer and higher supply gave buyers a bit more options to choose from. While trending down from earlier in the year, new listings in July remain 24% higher than last year’s levels supporting a sales-to-new-listings ratio and a months of supply that reflect relatively balanced conditions. With conditions not as tight as earlier in the year, the pace of price growth has also slowed. In July, the benchmark price reached $278,800, slightly higher than last month and nearly 10% higher than last year’s levels.

With a slowdown in detached activity, sales in Airdrie slowed compared both to levels seen earlier in the year and levels recorded last year. These declines were met with some mixed results for new listings as these have trended down from earlier in the year but remained higher than the levels recorded last year. Much of the growth in new listings, especially in the detached market, has been from homes priced above $500K. Despite some shift in new listings over the past few months, the sales-to-new-listings ratio remains tight at 83% and the months of supply are still below two months. Although prices have trended down over the past three months, they remain 20% higher than levels recorded last year.

Year-to-date sales activity in the town of Cochrane remains similar to levels reported last year. This is due to the gains in the row housing and condo segments of the market. Higher lending prices and substantially less supply for affordable detached homes has contributed to slower detached and semi-detached sales in the market. Though conditions continue to generally favor the seller, we are seeing some monthly adjustments in prices. The July benchmark price sits at $515,100 and prices are still over 14% higher than levels reported last year.

While we’re seeing things slow a bit compared to earlier in the year, sales activity in Okotoks remained consistent with levels reported last year, contributing to a year-to-date gain of nearly 12%. The slowdown in new listings likely prevented stronger sales in the town as the sales-to-new-listings ratio pushed up to 97% and inventory levels trended down. Although conditions remain relatively tight, home prices did trend down relative to previous months. Home prices in Okotoks rose far above expectations earlier in the year and despite recent adjustments that have occurred over the past two months, July prices are still over 16% higher than levels seen last year and nine per cent higher than levels reported in January.
Overall, the housing market remains strong and affordable and Calgary continues to be a great place to invest.  Thinking of getting into the market or you want to know how things are going on your street, neighbourhood, or quadrant?  Send me a message and I'd be happy to look into this for you.
Client Focused, Results DrivenConnecting you to Calgary